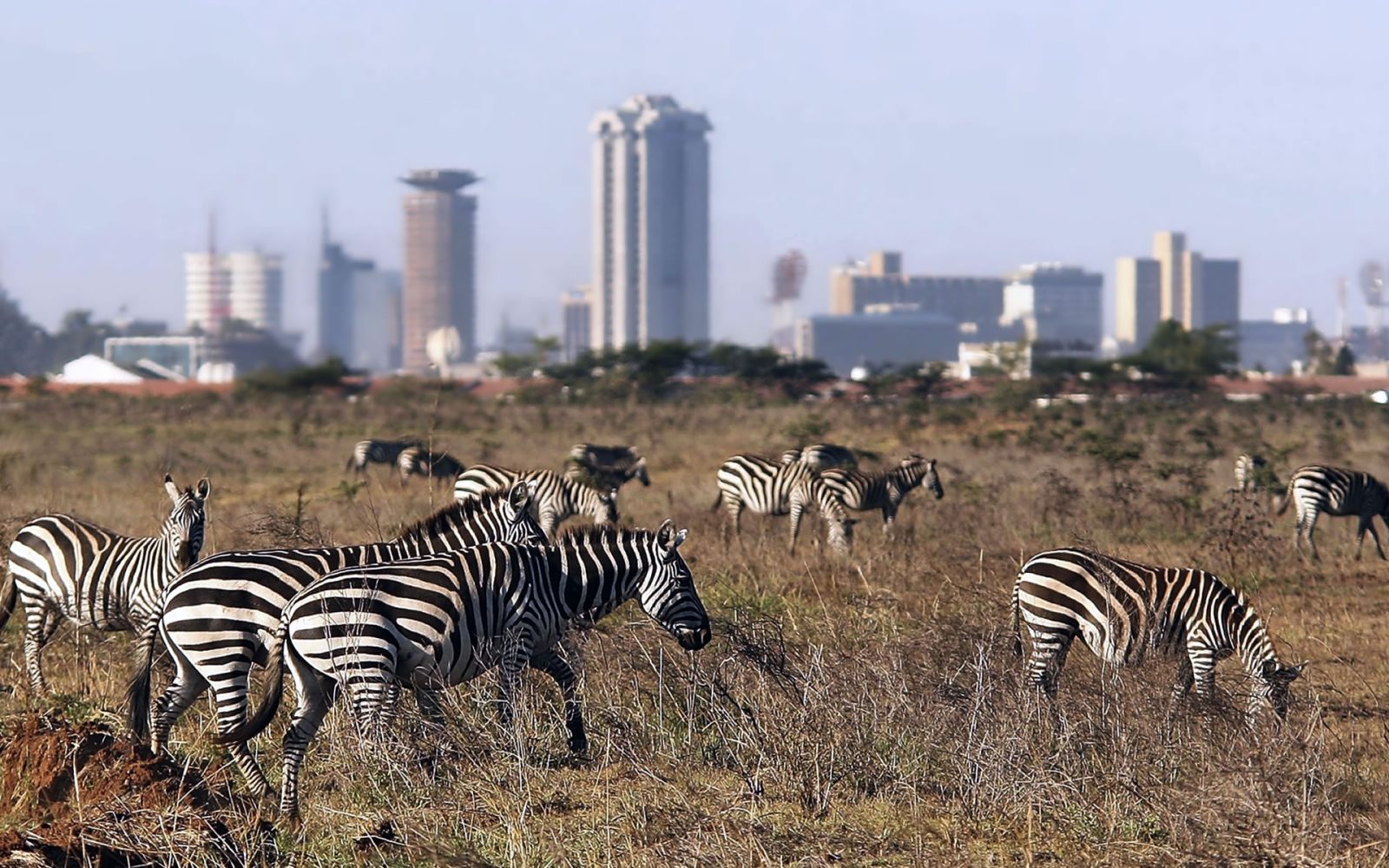 Arrival at Jomo Kenyatta International Airport and transfer to your hotel in Nairobi for an overnight stay. 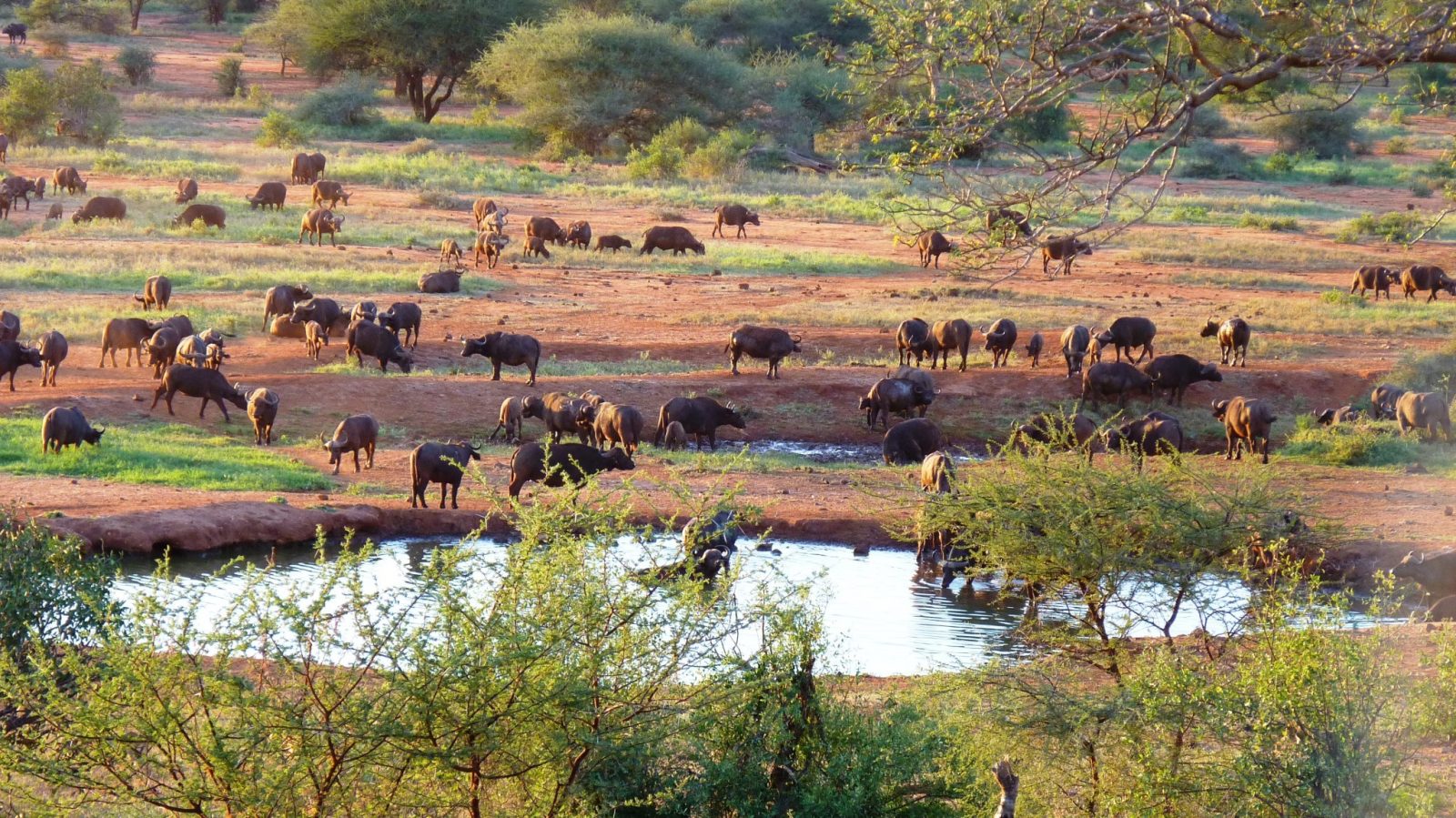 We’ll begin this morning tour by visiting Nairobi National Park. The only national park in a Capital city. The hotel itself will produce our first African birds, perhaps including Olive Thrush and Speckled Mousebird. We’ll spend the rest of the day in the rolling grassland and scattered acacias of where we’ll find gazelles, giraffes, and we hope Black Rhinoceros, as well as a heady array of birds including Ostrich, Gray Crowned-Crane, Secretary-bird, Verreaux’s Eagle, Long-tailed Fiscal, and Red-billed Oxpecker among many others. At the famous Hippo pools, we’ll take a walk among the yellow-barked acacias in search of local specialties such as Red-throated Tit, Dark-capped Yellow Warbler, and African Moustached Warbler. dinner and overnight in Nairobi. 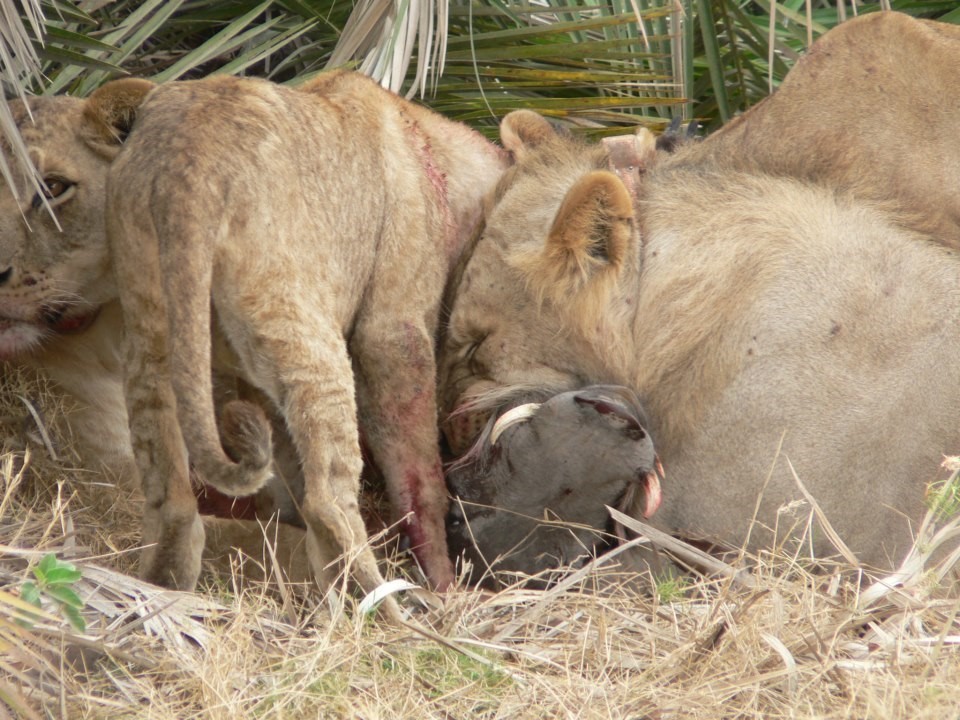 Today after breakfast,we start our safari by driving north to Mt.Kenya forest reserve stopping en route at Mwea rice plantation area where we are expect to record species like Yellow-crowned Bishop,Yellow-mantle Widowbird, Oriole Finch, Winding Cisticola and various species of aquatic birds. We will continue to Castle forest where your real forest birding will begin and will only end when you guys will check in at the lodge. After a small relaxation, we will start our afternoon birding on the main forest road, which is an excellent trail. we’ll see many species, including Silvery-cheeked Hornbill, Olive and Eastern Bronze-naped Pigeons, Hartlaub’sTuraco, Rüppell’s Robin-Chat, Mountain Yellow Warbler, Abbot and Sharp’s Starling, Doherty’s and Black-fronted Bush-shrike, Cinnamon braken and Evergreen forest warbler and Yellow-crowned Canary, White-starred Robin, Abyssinian Crimson-wing, African Crowned Eagle, African Emerald Cuckoo, and Moustached Green Tinkerbird. The forest is also a great place for watching both Guereza Colobus monkey and Skey’s monkey. Night at camp/lodge. 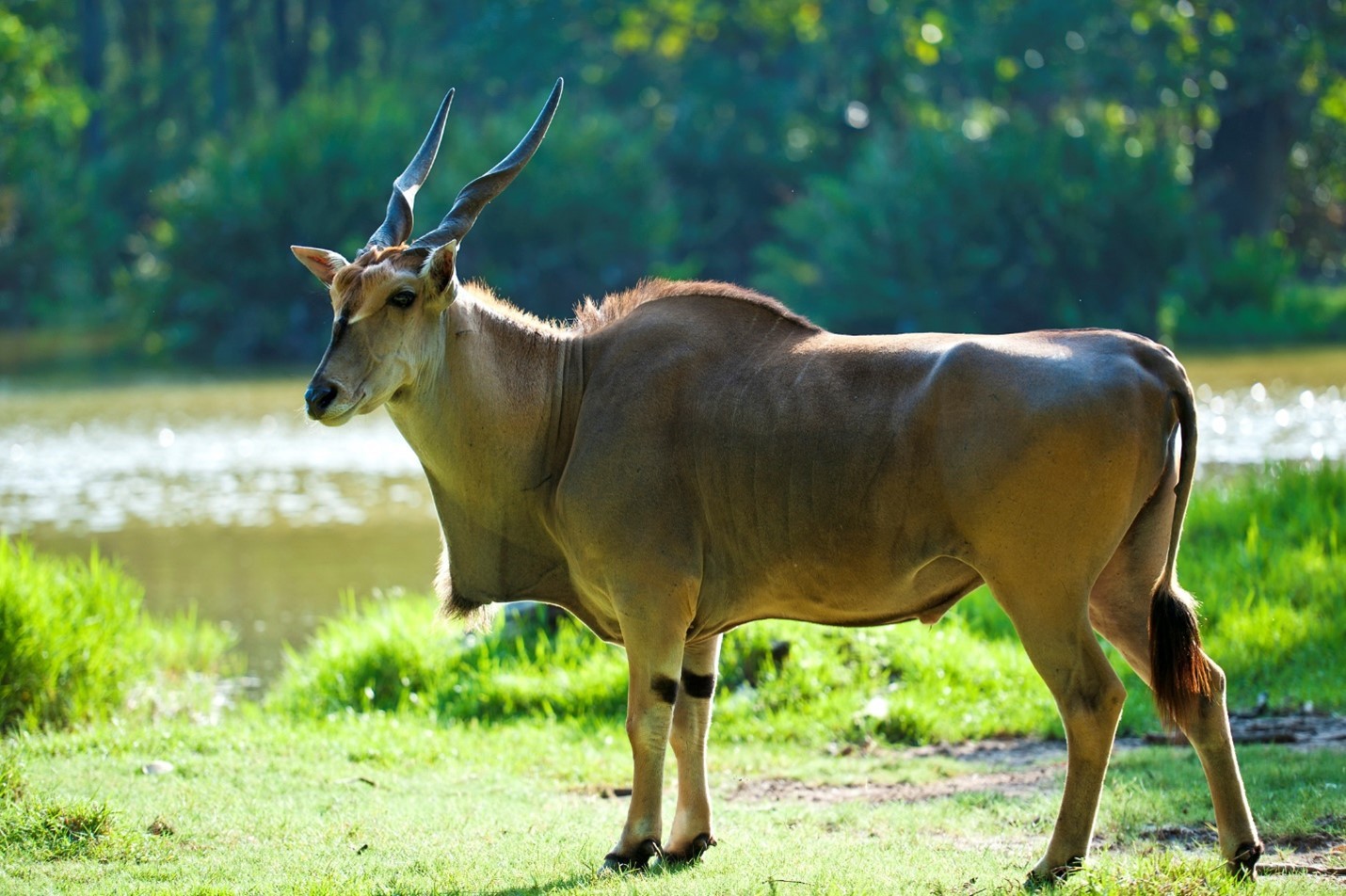 Today, we start with an early breakfast and after checking out at Lodge /camp, we will drive north to Samburu National Reserve. Beyond Isiolo is the habitat becomes very dry and the signature tree becomes apparent along the waterways, the Doum Palm. Once inside Samburu you will see why this is one of the most exciting reserves in East Africa. An afternoon game drive will produce many of the specialty birds of the area like Somali Ostrich, Palm-nut Vulture the tiny African Pygmy Falcon, Vulturine Guineafowl, Lichtenstein’s Sandgrouse, African Orange-bellied Parrot, Violet Wood-Hoopoe, White-headed Mousebird, Somali Bee-eater, Eastern Yellow-billed Hornbill, the glorious Golden breasted Starling, Bare-eyed Thrush, Rosy-patched Bush-Shrike, Black-capped Social-Weaver, and Cut-throat Finch.Back at the lodge and watch for Water Thick-knee, Red-billed Hornbill, Gray-headed Kingfisher, Rufous Chatterer, Spotted Mourning Thrush,Eurasian migrants including flocks of Eurasian Hobby, both Nightingale and Thrush-Nightingale, Upcher’s and Olivaceous Warblers, and Spotted Flycatcher . Other birds in this area include the handsome Buff-crested Bustard, Pink-breasted Lark, Three-streaked Tchagra, the aptly named Shining Sunbird, and Somali Golden-breasted Bunting. Overnight at lodge/camp. 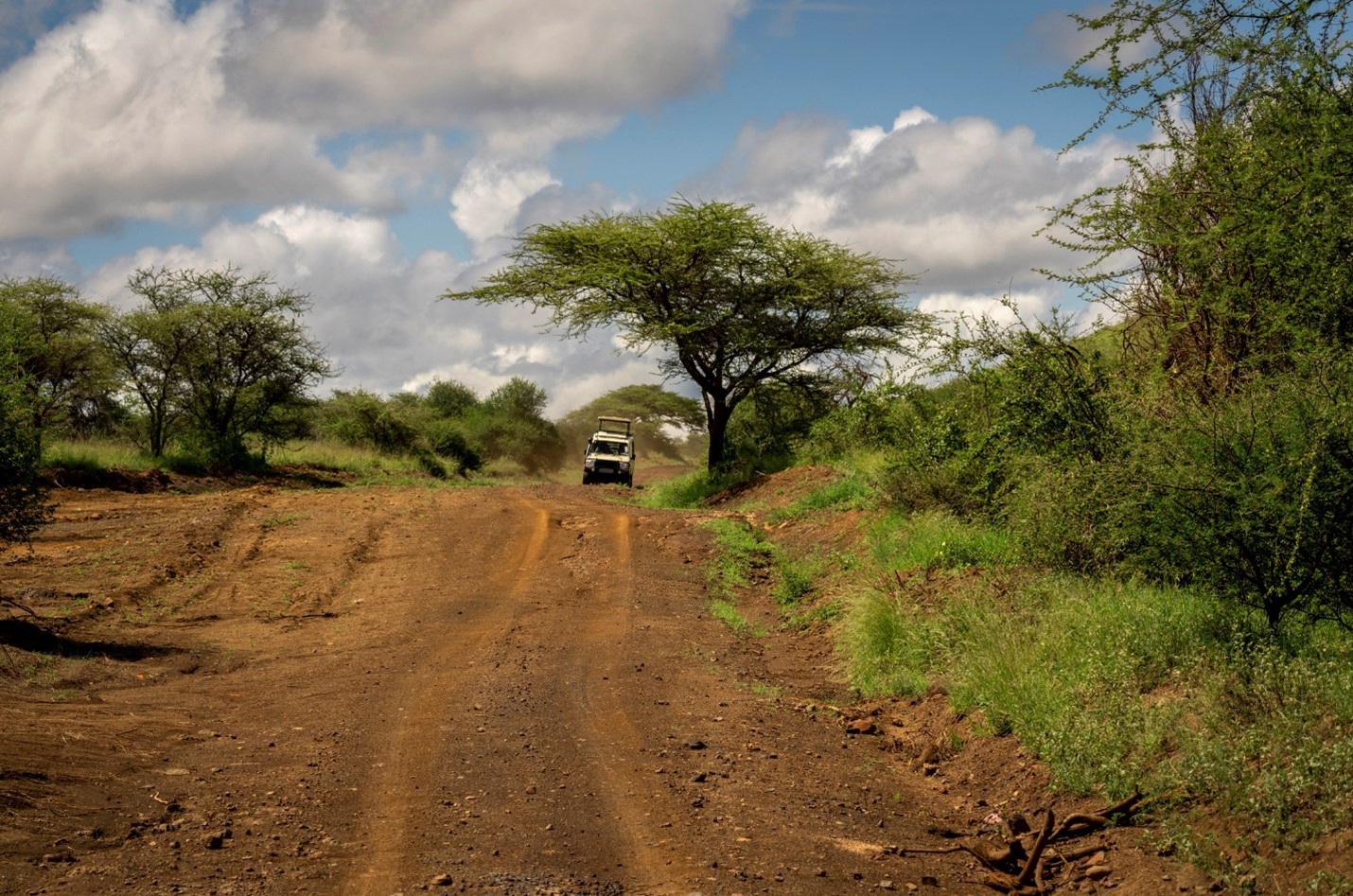 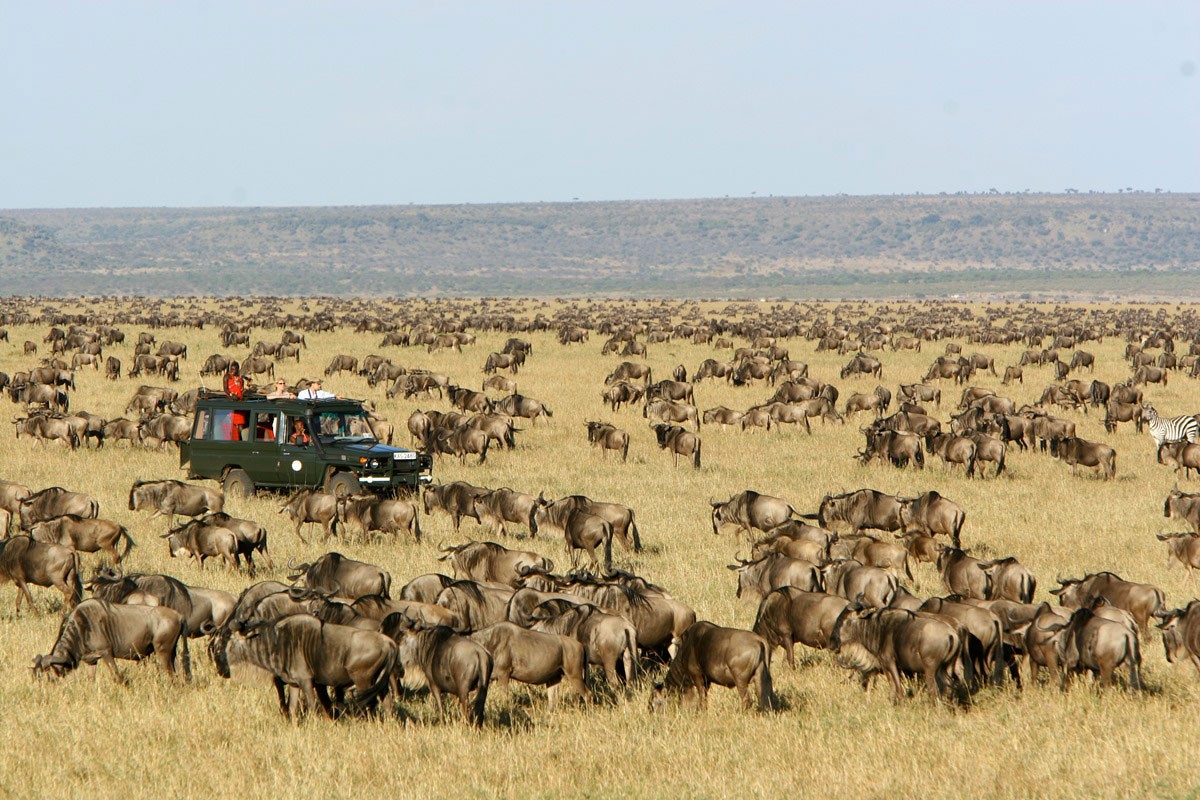 After breakfast we will do a game drive on our way out of the park to Nakuru national park.We expect to be there for lunch.After Lunch we proceed for afternoon game drive.Night in camp/Lodge. 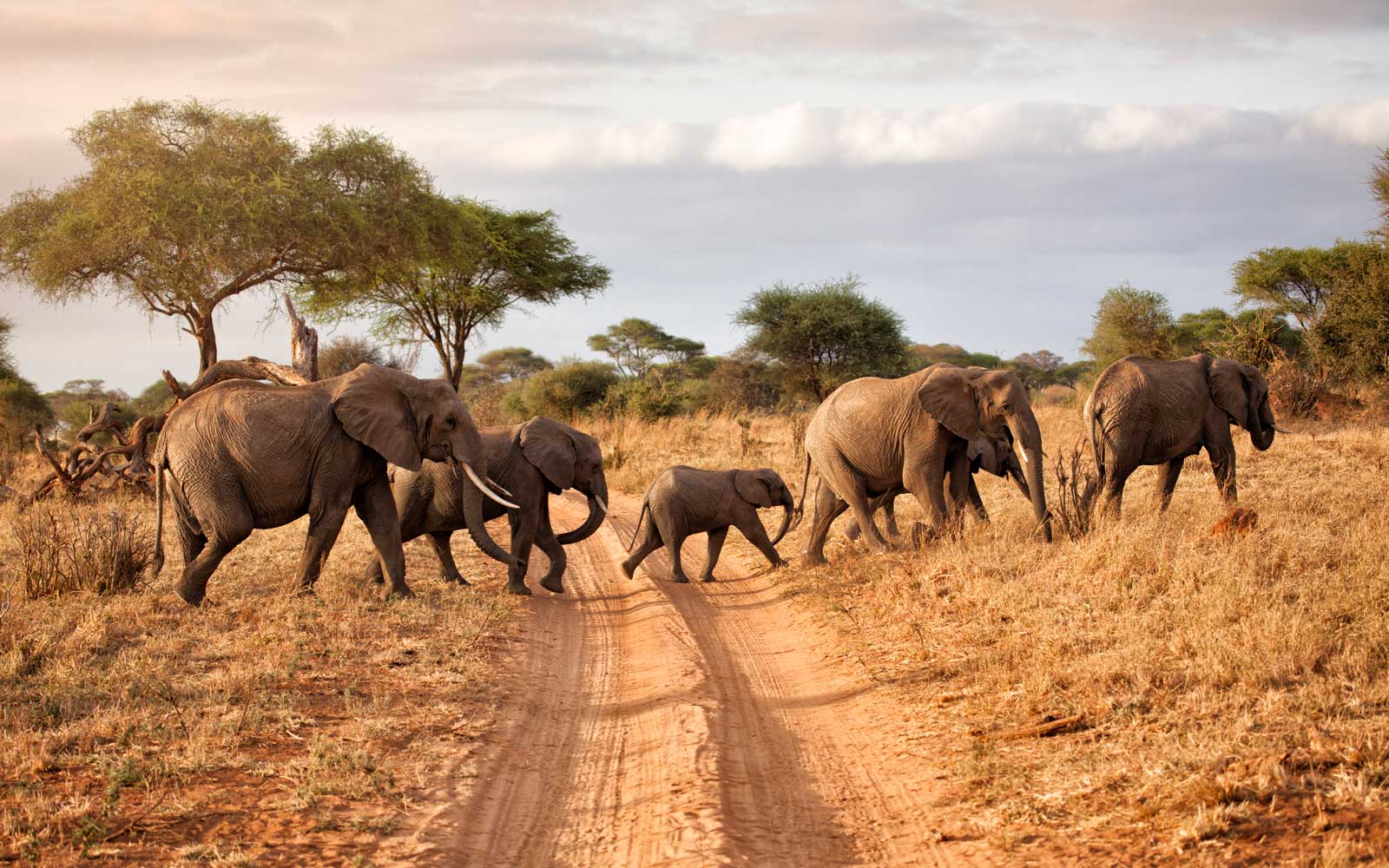 We’ll spend the morning at Lake Nakuru national park, world famous for its vast flock of pelicans , Flamingo and a wealth of other waterbirds. In the acacia woodland around the lake, we’ll look for such species as Narina Trogon, Red-throated Wryneck, Greater and Scaly-throated Honeyguides, Arrow-marked Babbler, and African Firefinch. We will then returned to the lodge for lunch and check-out as we bird our way to the exit gate. While exploring the Acacia woodland and the lakeside marshes we will no doubt encounter many wonderful avian delights: Great White Pelican, Great Cormorant, African Spoonbill, African Fish-eagle, African Harrier-hawk, Hildebrandt's Francolin, Grey-headed Gull, Broad-billed Roller, Levaillant's Cuckoo, White-browed Coucal, Green Woodhoopoe, Grey Woodpecker, Black Cuckoo-shrike, Northern Anteater-chat, Grey-backed Fiscal, Brown-crowned Tchagra and African Firefinch. Mammals are also quite common in the park and it is one of the few places in East Africa where the endangered White Rhino can be found. Some of the other mammals we hope to find include Rothschild's Giraffe, leopard, Buffalos and Deffasa waterbuck.
This is also a good area for Leopards; they often spend the day asleep in the yellow-barked acacia trees. Shortly, we exit Lake Nakuru National Park and drive north of the Rift Valley to a fresh water lake, located 47 miles north of equator .Lake Baringo is a birding paradise. Along the road we will stop for the search of Silverbird, Black-headed Lapwing and Dark Chanting-Goshawk. Overnight at camp /Lodge.

Today we will start the day by going for 2 hours boat excursion around the lake, this will ensure you see species like Goliath, Green-backed, Squacco and Black Crowned night Heron, Senegal Thick-knee, Crimson-rumped Waxbill, Malachite, Woodland and Giant Kingfishers and many more…..) .

Today after breakfast we drive south-west to Masai Mara national reserve. The Mara is the northern extension of the famous Serengeti plains. Here we will find a wide assortment of bird life as well as some of the most spectacular mammals on the continent. Complementing the wildlife is the dramatic scenery of endless grasslands, lush river valleys and steep rock-strewn escarpments. Birds we can expect in this area of the Mara are Rufous-bellied Heron, Saddle-billed Stork, Wahlberg's Eagle, Coqui and Red-necked Francolins, Grey Crowned-crane, Temminck's Courser, Wattled Lapwing, Ross's and Schalow'sTuracos, Malachite and Woodland Kingfishers, Yellow-throated Longclaw, Rufous-chested Swallow, White-tailed Lark, Familiar Chat, Silverbird, Red-faced, Trilling and TaboraCisticolas, Green-capped Eremomela, Black-crowned Tchagra, Hildebrandt's and Violet-backed Starlings, Yellow-fronted Canary and Cinnamon-breasted Bunting. This is the best area in the Mara to see big game up close and some of the many mammals to be seen here include Black-backed Jackal, Bat-eared Fox, Banded Mongoose, Spotted Hyena, Serval Cat, African Lion, Leopard, Cheetah, Bush Hyrax, African Elephant, Common Zebra, Hippopotamus, Common Warthog, Masai Giraffe, African Buffalo, Eland, Steinbuck, Bohor Reedbuck, Thomson's and Grant's Gazelles, Impala, Topi, Coke's Hartebeest and thousands of Wildebeest. We will also see many massive Nile Crocodiles, some over 15ft in length, basking in the sun along the banks of the Mara River. Overnight at Lodge/camp 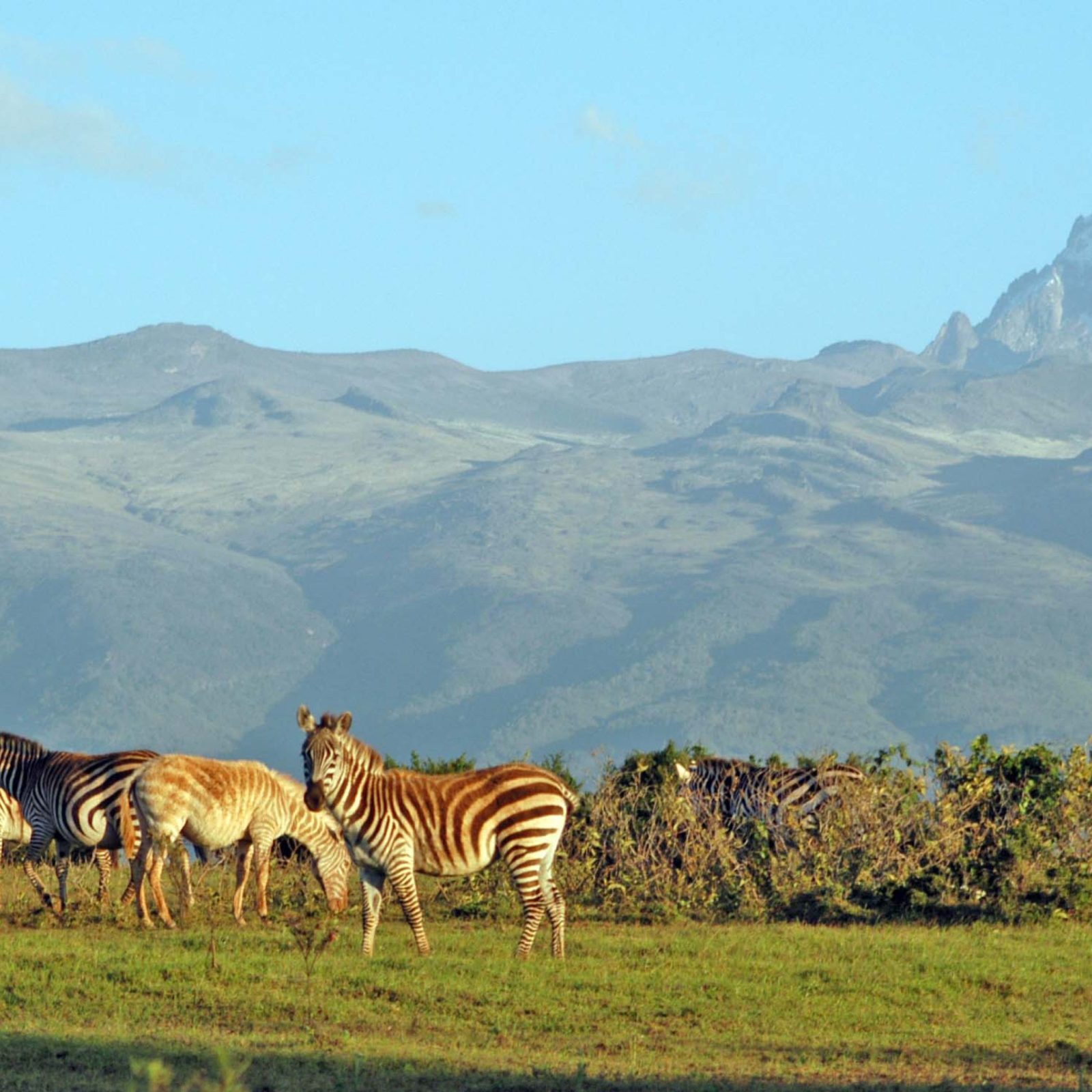 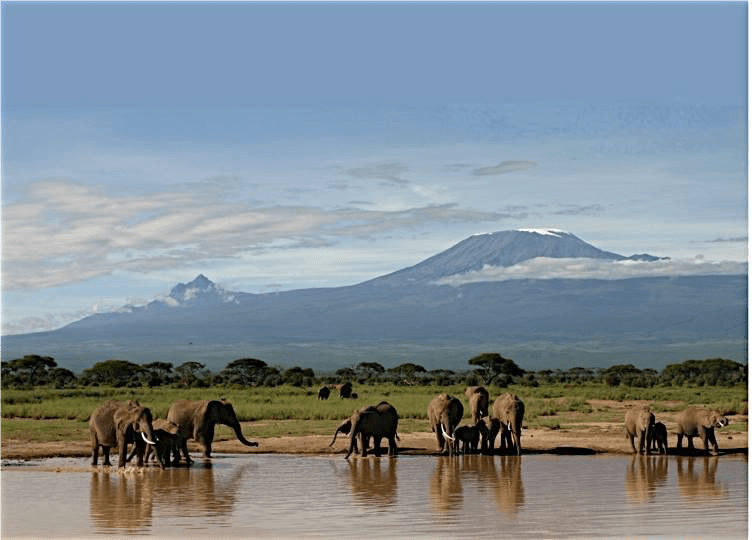 Today we will drive out of Masai Mara birding en route to Nairobi. Depending on what time your flight depart Jomo Kenyatta International Airport, you will be trasfered to the Airport in time to catch your flight back home. End of Safari. 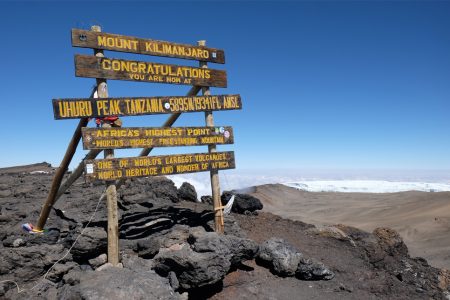 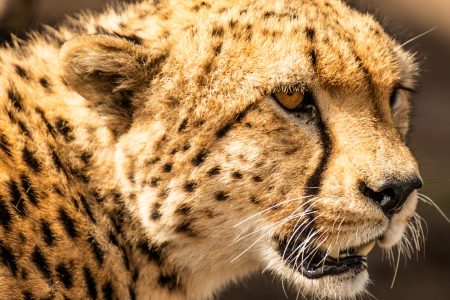 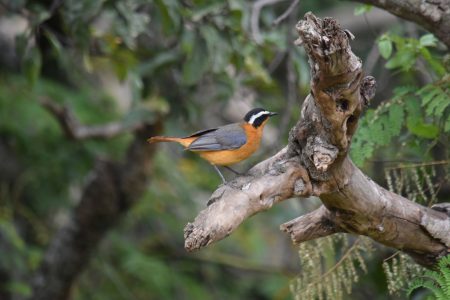 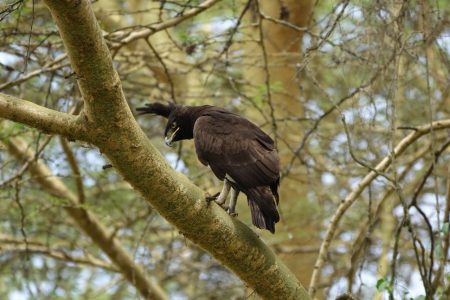